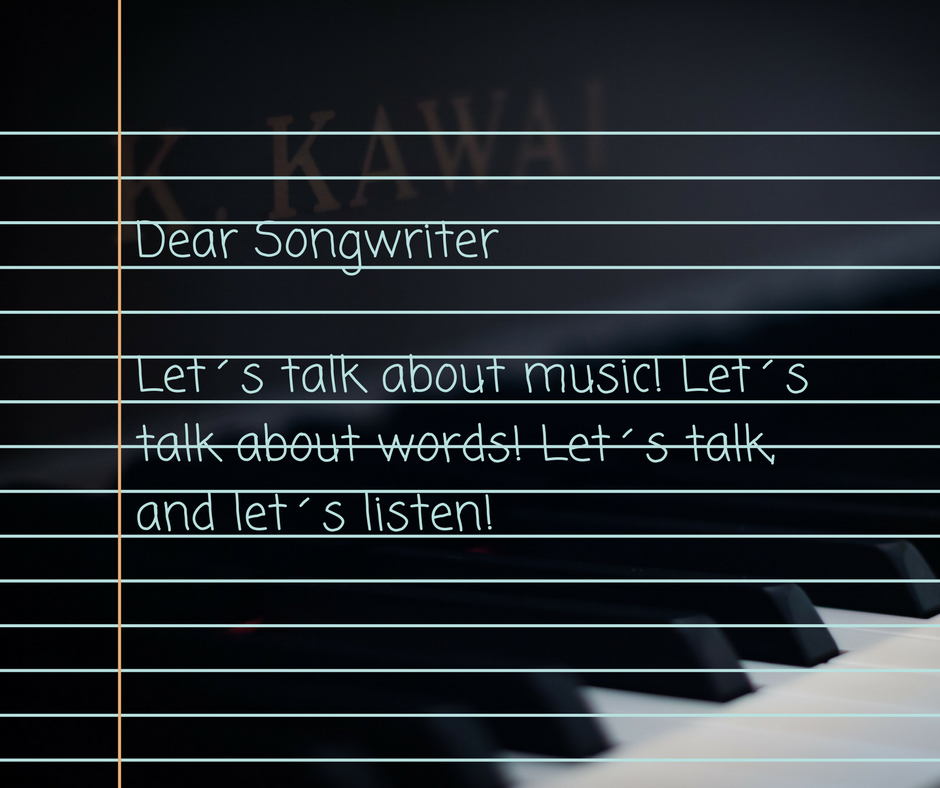 Hi everybody! Are you enjoying the weekend? I promised to come back to you today with part two of the „lyrics and melody“ blog series.

On Thursday we had a look at verses and choruses and how lyrics can help underline the plot progression, creating suspense at first and then release.

Today I would like to give you some examples of how the melody of a song decides over whether it is genious or merely mediocre songwriting (the later of whic is also fine! Keep that in mind! Not every song needs to be a hit!) .

I would like to start with a song by Saving Jane. It is called Girl next door. The lyrics go like this:

Small town homecoming queen, she’s a star in this scene

Tell myself that inside she’s ugly

Maybe I’m just jealous, I can’t help but hate her

Secretly I wonder if my boyfriend wants to date her

She is the prom queen, I’m in the marching band

She is a cheerleader, I’m sitting in the stands

And I’m just the girl next door

Great lyrics so far. People can relate…feeling the misery of being the last in line. If you look at the lyrics (hopefully not knowing the song yet), how would you arrange a melody around it? Let´s say you could pick between a folk ballad, a dramatic pop song, a country song or a rock song. There´s plenty of options, and it would actually be nice to hear this song interpreted in different ways.

I don´t wanna keep you guessing for too long. Saving Jane kinda made it a mid-tempo / up-tempo-ish rock song. And that´s where the beauty of the song lies.

The lyrics are actually pretty sad. They seem to come from a person who feels like an outsider. And while many people can probably relate to this in one way or another, it would be a shame to turn this song into a sad ballad, full of self-pity and heartbreak.

Instead, Saving Jane made it a fun hymn, that almost makes you wanna be the girl next door (instead oft he prom queen). You realize that the singer seems to be a cool gal, performing a really cool rock song…and if that´s how „next door“ sounds like, why not embrace being a „next door“ kinda personality also.

This song gives hope and turns that state of feeling inferior into a state of happiness and carelessness!

I love it! Now- take a look at the video:

This being just one example of how a melody or say rythmic pattern interacts with the actual lyrical content, I would like to give you a few tips from my toolbox.

I really hope these insights help you progress in your music making!

Come back soon! For I´ll keep filling you in on what I have learned so far! And please remember! Nobody´s born perfect! Songwriting is all trial and error! Embrace that!
Yours,