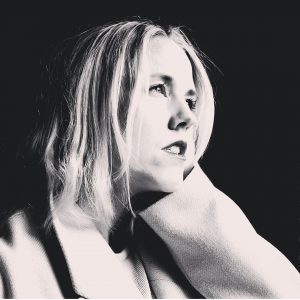 Get to know me

Thanks for stopping by my site. My name is Katie , I am a singer/songwriter from Munich/Germany. My love of blues and country music goes back a long way. Songs like Bobby McGee by Janis Joplin, Nights in White Satin by Moody Blues and many more all time classics still bring up tons of childhood memories. I started writing songs at age 14 and have been writing ever since. Yet only after a trip to Nashville have I decided to take things to the next level and become a professional songwriter!

How it all started

Almost all my life music played a major role. At the tender age of four I started taking ballet classes, which was soon followed by an early musical education based on the Orff method. I then started playing the flute at age five, followed by guitar lessons at age 8. Begged my parents to buy me my first electric guitar when I was eleven and later also made them purchase a keyboard, a set of congas and various other little instruments. I played in the school´s band in my senior highschool year until graduation. After that I waved my musical career goodbye to go study Roman languages and Philosophy at the University of Munich. I kept writing songs on the side from time to time, but wouldn´t share them publicly.

In 2014 after various personal shifts, I decided to make music an integral part of my daily life again!  I started playing the guitar again and writing lyrics day and night. In 2015 I went to  a songwriting workshop in Munich and bam (!)…there I stood…all excited to follow my musical path again. I took on singing lessons and picked up percussion and drum classes soon after as well. In June 2018 I successfully passed my audio engineering exam at Akademie Deutsche Pop in Munich. I can now call myself a certified audio engineer, who predominantly works with Logic X and Pro Tools.

This is my life…singing, playing the guitar, hitting the drums and writing / recording songs.

For booking inquiries, please write an email to  kwellenberg@hotmail.com